CoolSculpting is a non-invasive procedure that utilizes a controlled cooling technology called cryolipolysis. Cryolipolisis targets only the fat cells and eliminates them without damaging the skin, the nerves or underlying muscles. One of the greatest benefits of CoolSculpting is that it requires no cutting, needles or downtime.

CoolSculpting was developed by a group of scientists at Harvard medical school. They found that fat can safely be removed through the surface of the skin by using controlled cooling or cryolipolis. The fat is crystallized and broken down over a period of two to four months, resulting in an average of 20 percent reduction of fat in the treated areas. Some patients decide to repeat the treatment at a later date to reduce the fat by an additional 20%. At Nuveau Plastic Surgery in Houston, TX guided by plastic surgeon Dr. Edward Lee, we offer advanced CoolSculpting to help you realize your plastic surgery goals. Schedule an appointment for more information about CoolSculpting and find out if this treatment is the right one for you. We have a team of professionals to help you out with CoolSculpting Houston, TX.

"Love the staff here! They get wonderful CoolSculpting results! They just got the chin applicator for the neck fat - very exciting!"

Although this procedure has shown to be fruitful with women and men of different age groups, those who will benefit the most from CoolSculpting:

The area to be treated will be drawn into the applicator that Dr. Lee determines is appropriate during the consultation.  For the first few minutes, it will feel very cold, but this sensation soon dissipates.  Treatment of a single area lasts for one hour.  During this time, you may read, work on your laptop or simply relax while CoolSculpting works to eliminate the fat cells.

Since CoolSculpting is noninvasive, you can expect to return to normal activities following your procedure. Typically, patients can return to school or work immediately after your treatment. Symptoms of the treatment most often include stinging, redness, swelling, bruising, and discomfort of the treated site. These symptoms are short lived and usually fade in the days after your treatment. Expect to notice results in as soon as three weeks, while you will see the most obvious and dramatic results 1 – 3 months following your Coolsculpting procedure in Houston, Tx. Book a consultation on our Coolsculpting treatment in Houston, TX, or contact us today at (603) 319-8432. 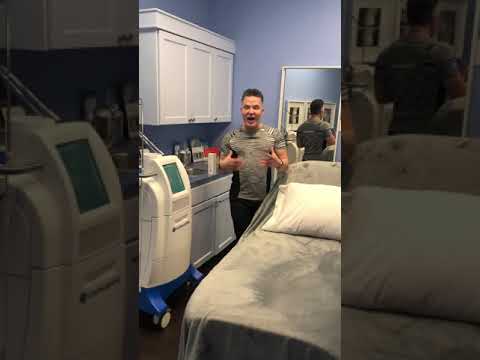 All You Need to Know About Emsculpt, CoolSculpt and Alastin!

Nobody has the perfect physique and each of us has things we wish to change, like stubborn areas of fat that will not respond to exercise and a healthy diet. Due to technological advances, it is no longer necessary to decide between dealing with the undesired fat and undergoing liposuction. Nuveau Plastic Surgery is excited to offer Houston, TX women and men CoolSculpting procedures to minimize sections of difficult fat without invasive procedures for a smaller, tauter physique. Schedule a consultation with Dr. Edward Lee to find out if you qualify for CoolSculpting in Houston, TX or whether a different treatment would better help you meet your aesthetic goals.

The Ultimate Guide to Body Sculpting

*Individual results are not guaranteed and may vary from person to person. Images may contain models.